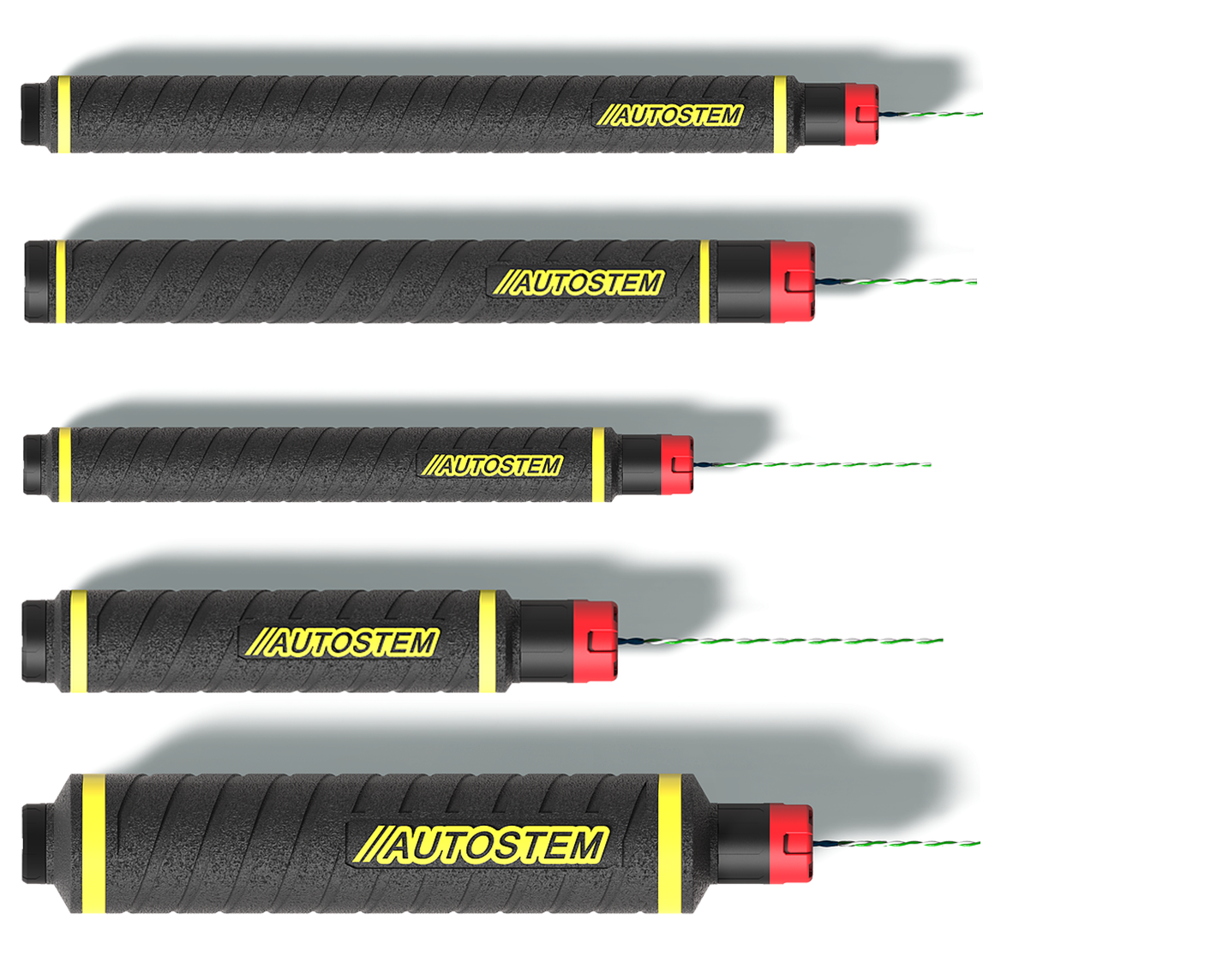 PUT POWER INTO YOUR WORK

The patented AUTOSTEM 3 system released in 2018 is equipped with a dual self-current system that allows for greater potential and safety than the previous models. The cartridges are constructed with a helical shape for greater adhesion to the walls of the hole and for a better demolition capacity. From 35 mm in diameter size, the cartridges come with a built in self protection mechanism (safety switch) against accidental triggering.

AUTOSTEM's demolition system is based on the use of a cartridge that causes the controlled fragmentation of the rock by gas generation. The cartridge confined in a borehole and when triggered, generates large quantities of non-hazardous high pressure gases, which exert pressure on the bottom and sides, causing a controlled rupture of the rock or reinforced concrete structure.

The particularity that distinguishes the AUTOSTEM cartridge from other similar demolition systems is its self jamming, i.e. the non-toxic gases that are emitted following the priming of the cartridge, as well as the fragmentation described previously, activates an automatic jamming mechanism. When the AUTOSTEM cartridge is triggered in an unconfined context, it is harmless because the pressure exerted is not sufficient to activate the combustion of the compound contained inside.

Another factor that makes AUTOSTEM safe is the low speed of the powder reaction due to which it avoids excessive projection of material, thus reducing damage to surrounding structures.

The use of the autostem system is immediate because it does not require any jamming, the cartridge is inserted directly into the borehole bu the operator, then the wires are connected to the firing line.

Once the continuity of the supply line has been checked with an ohmeter (use only a certified explosives ohmeter), the cartridges are activated by the exploder (approved). Even if fragment projections are minimal, it is advisable to keep a clearance zone for greater safety.

AUTOSTEM 3 cartridges are waterproof and can be used underwater. 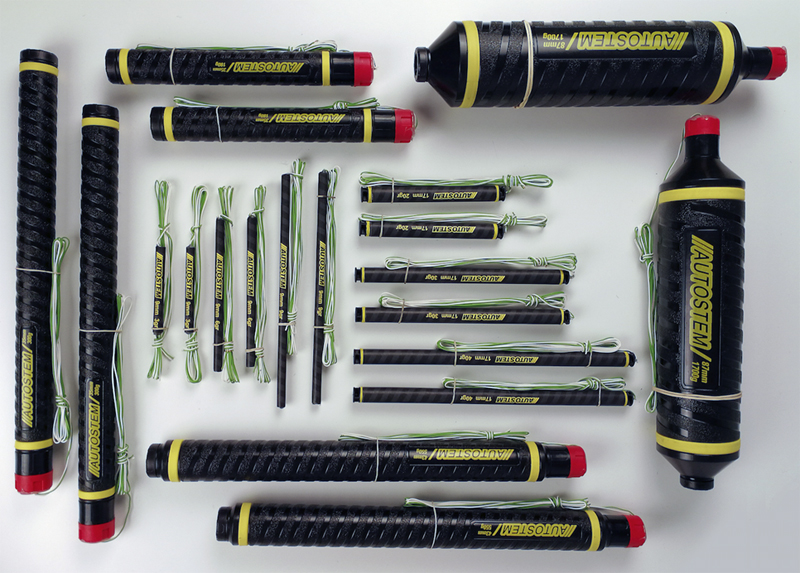 Autostem TM GEN III 87mm: 1700 gr in diameter 87mm (suitable for large demolitions and use in drilling quarries up to 90mm) 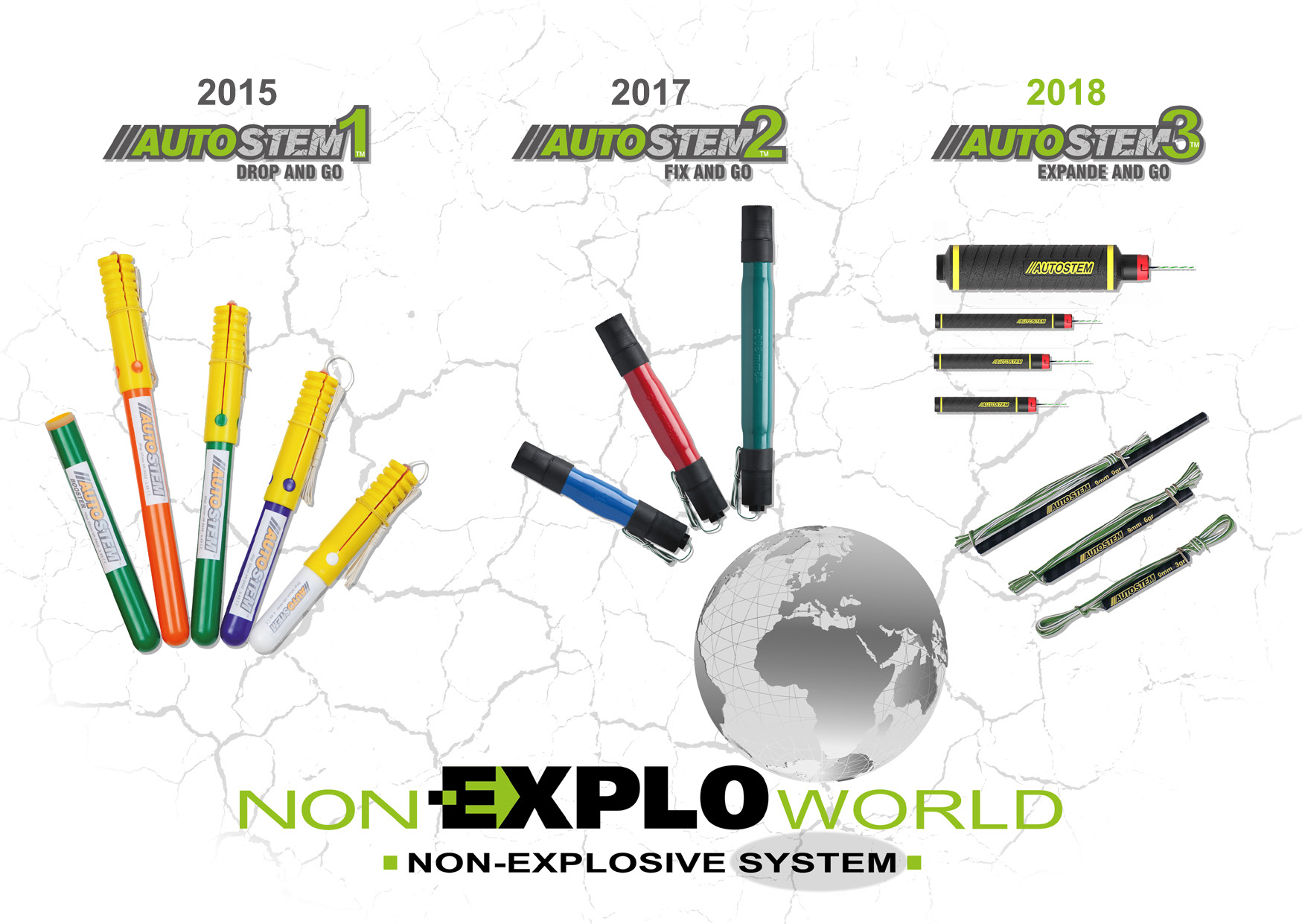 The company Non-Explo World Sàrl was founded from the experience developed over several years in the demolition and environmental protection sector.